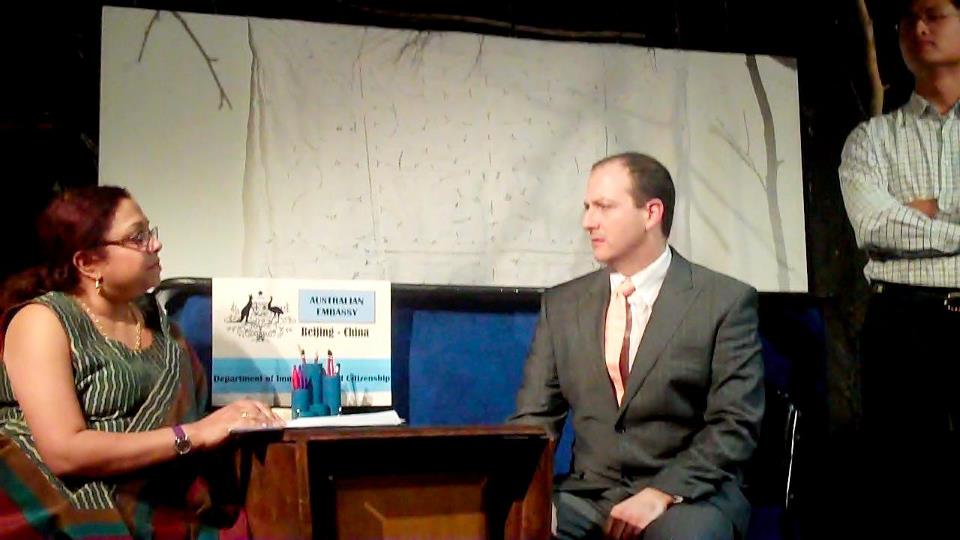 An awesome sell out…cast and crew were superb front and behind curtains. The rehearsals were hilarious as the new leading lady Diana Nyugen is a comdian, famous for her Phi and Me act in Melbourne. Peter Muir who was the leading man in last year’s production had to be flown in from sunny Queensland, straight from airport to La Mama. The bloops and bleeps at rehearsals seemed to disappear when the play opened. The magical mystery of real performances! what a cast and what a crew. I am not sure which i enjoyed more: the rehearsals or the actual performances. As the author of the play, I have an OBE everytime the curtain goes up and I listen to my own lines as if from another sphere. (OBE as in Out of Body Experience, not the Order of Australia).